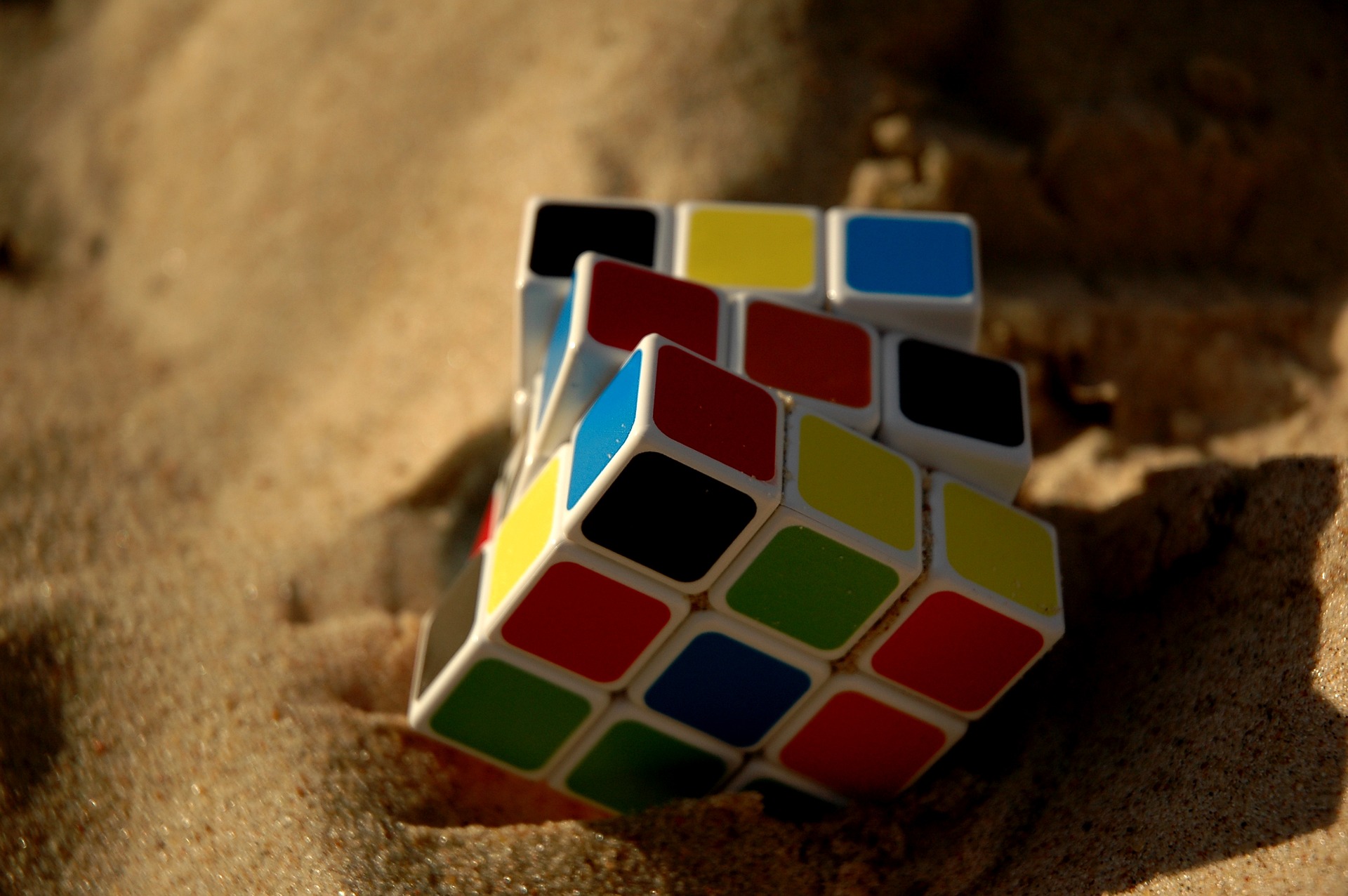 And Building A Dog Playground Sure Is That

Challenging and abnormal projects must run in my family. I’ve written about the grain bin house we plan to build for my niece Hannah.

Avoid Feeling Like a Sardine in a Tiny House

How to Determine If Someone’s Trash Can Be Your Treasure

How to Dream Big in A Small Space

How Do You Make Your Dream Become A Reality?

The Next Chapter in “The Saga of the Grain-Bin Home”

Now her Mom, my sister Ann, has once again joined the out of the box project roster.

Ann owns and operates Prairie Paws Lodging, a pet boarding facility. When we built her building originally in 2016, we took into consideration future expansion. We currently are working on the first phase of this expansion. As per an earlier post the original ideas have changed. Rather than adding on to the existing building we are going to set individual private cottages made by Pinecraft.

Part of this expansion project includes doubling the size of the existing dog run. This involves landscaping it with artificial turf and installing dog amenities…I’m talking fun stuff like a pool with a fountain, a tunnel, a hill and a rope attached to a flexible pole.

When we built the original facility, we looked for a way to make cleaning up after dogs easy while maintaining a natural look and feel. We accomplished this by installing artificial turf over an elevated bed of gravel bordered by used railroad ties. This allows for liquid to run through and solids to be cleaned up. 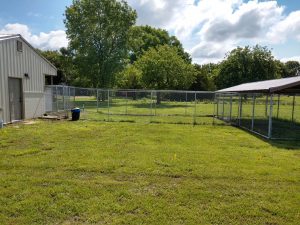 Due to the existing run being natural grass and in a naturally low area, it would get muddy in rainy spells. So, when considering the design for the expanded run, it was decided that we would give it the same artificial grass treatment as well as some new fun things for exercising and entertaining dogs.

The project consists of building a 2100 square foot raised pad. The construction consists of railroad ties around the perimeter in rows spaced 12’ apart. In between the ties will be a 4” thick layer of fill sand covered with a 3” layer of ¾” gravel. The gravel and sand will be compacted with a vibrating packer to minimize future settling of the sand/gravel fill. Artificial turf will be spread over the gravel and attached to the ties. The existing fence will need to be removed and reinstalled along with some additional fence. The existing steel pipe framed cover will need to be moved for the building of the raised pad and then moved back to its original location. 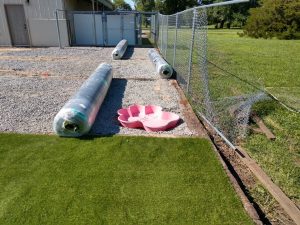 In one corner of the run there will be a small paw shaped pool with a fountain. This will require figuring out the best way to get the water from the pool to the pump and to the fountain. In the future there will be an old fire hydrant serving as the fountain, so this needs to be allowed for now. 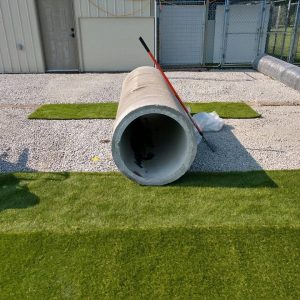 The most challenging part is building the tunnel/hill. We needed to determine what we were going to use for this. We considered pipes, barrels, tanks with the ends cut out and a few other things. Then we found some concrete culverts and the price was right, so this is what we decided on.

With Ann having a commitment for the week of June 17th she had no dogs scheduled to be boarded. This provides a good opportunity to work on the project with minimal disruption to the normal boarding routine. With the challenges of this project it may take longer than a week, check back next week to see.

Check back next week to see a day by day progress of the project, the challenges faced and see how the finished project turns out.