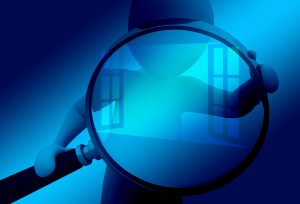 A Lack of Knowledge and Inexperience Threatens Your Dreams

Once again, John was alone at the office late on a Saturday night working to get at least one more proposal done, before going home. He had promised four different customers their proposals this week. If all goes well, he’ll have this second one finished before midnight.

As John crunches numbers hoping he hasn’t forgotten anything, he asks himself, “Why am I doing this? I could go to work for somebody else and make more money and work less hours. This sure isn’t how I pictured it five years ago when I started the company.”

“I had no idea that running my own business would be this hard!”

John rubs his eyes and stretches his back and thinks, “I must be doing something wrong. When I was working for Gene at XYZ Construction he made things look easy. I wonder what he was doing different.”

John has been working like crazy all week long. Between production help not showing up, materials not being delivered on time, cost overruns and computer issues…projects are behind schedule, he’s losing money and even if he works tomorrow he’s going to have to disappoint at least one of the customers waiting on a proposal.

“How am I ever going to turn this around?”

When John finishes the proposal and looks at the clock, it says 12:40. It’s already Sunday he thinks and he still needs to proofread it, print it and sign it. Something has got to change! “I’ve been leaving home early and getting home late all week. I haven’t even spoken with my wife for days. I’m calling Gene Monday to see how he did things.”

First thing Monday morning John called Gene. After a few minutes of catching up, John asked Gene the question that he couldn’t quit thinking about. “Gene, I’ve been working day and night trying to keep up. When I worked for you it seemed like you had everything figured out. You weren’t stressed and when things didn’t work out as planned. Your customers understood what to expect with their projects and were happy when they were finished. What am I doing wrong?”

That’s the question that almost every business owner asks themselves.

“Know this,” Gene said, “When I started my business, I was just like you. I struggled to keep up, worked too many hours, neglected my family, was mad at myself for letting down my customers, my family and myself. I kept asking myself that same question. What am I doing wrong?”

“By the time you were working for me, I had figured some things out. It’s amazing what you can learn when going to the “school of hard knocks”. Keep in mind this is the most common process but isn’t the most effective.”

“What really turned my business around was when I found out about Solution Building’s, Blueprint for Building a Better Business.”

Think about how much easier and better a construction project goes when you have a plan. The same thing is true for a business. A plan gives you direction, keeps everyone involved working together and improves the odds for a successful outcome.

“John, if this is something you would be interested in, I would recommend starting with the, ‘Blueprint for Building a Better Proposal’. This is the most important and most neglected part of construction communication. If you’d like I would be happy to meet with you and go through the process and answer any questions.”

“If you know of any other construction companies that you think could use some help doing proposals share this information with them and they can meet with us too.”

“There’s a lot more to the ‘Blueprint for Building a Better Business’, but starting out, you should focus on the proposal system. After you get this part implemented, we can discuss which part of the business blueprint system would be best for you next.” After talking with Gene, John thought, “I’m sure glad I made this call. For the first time in a long time I feel like there might be a light at the end of the tunnel that wasn’t an oncoming train.”

2 thoughts on “What is “Business Clarity” and How Do You Find It?”