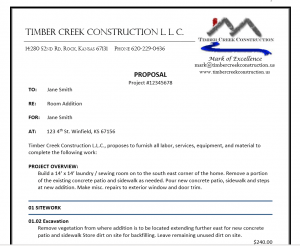 How To Build A Better Proposal

Every contractor, at some time, has had an unhappy customer. This is almost always due to poor communication and/or a lack of understanding. It may have been some small misunderstanding or might have been major enough to result in being fired or going to court.

Several years ago, a partner and I were meeting with a customer early in the process of building a new home. The customer pointed out that the distance from the electric meter to the house was more than the 50’ allowance, as per the written proposal. 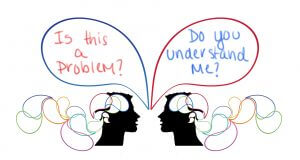 He asked if this was a problem. My partner told him no, it wasn’t a problem. Guess what…

It was a problem.

The problem didn’t surface until later when the customer was billed for the additional 100’. After some digging, the communication breakdown was uncovered.

The customer asked, “if it was a problem”. What he really was asking was…”is it going to cost more?”.

My partner’s response in reality was, “we can dig the additional 100’, but it will cost you three times as much as the allowance in the proposal”. This isn’t what was said.

Neither individual intended nor expected this to be a problem. It was a simple matter of misunderstanding…a lack of communication.

Communication is, …the exchange of information and the expression of feelings that result in understanding.

Understanding is the tricky part. 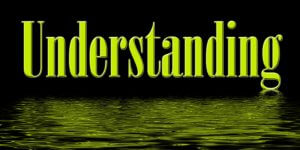 Why is it that contractors don’t communicate clearly through concise written proposals to customers? Here are the four main reasons for this:

First is time – It takes more time to prepare a detailed written proposal. We’re already so busy that we can’t keep up and with the limited time we have, we aren’t going to spend it on preparing a proposal.

Second is comfort – I started this company because I loved to build, plumb, wire, pour concrete, roof, etc., etc. The trade is what I know, and I don’t like doing paperwork, I want to go swing a hammer.

Third is knowledge – It’s hard to know how long something is going to take or how much material is going to cost. If I give the customer an approximate price or even better if I can just get paid for time and material, I know I won’t lose any money.

Fourth is no system – When we started the company, no one ever explained the importance of having a business system in place. A business system is the blueprint for building your business. Detailed proposals are one of the foundational pieces needed to keep it from collapsing.

These are four valid reasons for avoiding doing proposals, but…

The cost of not preparing detailed proposals, is far more expensive.

But the customer isn’t an experienced contractor that does this for a living.

If only there was a process for doing proposals that: 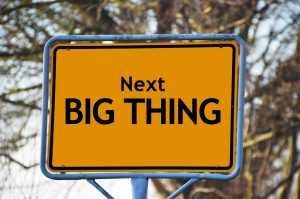 What if I told you that there is such a system and you could have it? There is and it’s going to become available in the next few months. Over the next several weeks we are going to breakdown the system, go through the different documents and processes in detail and explain how it works.

Remember that we are the professionals and the bulk of the communication responsibility lies on us.