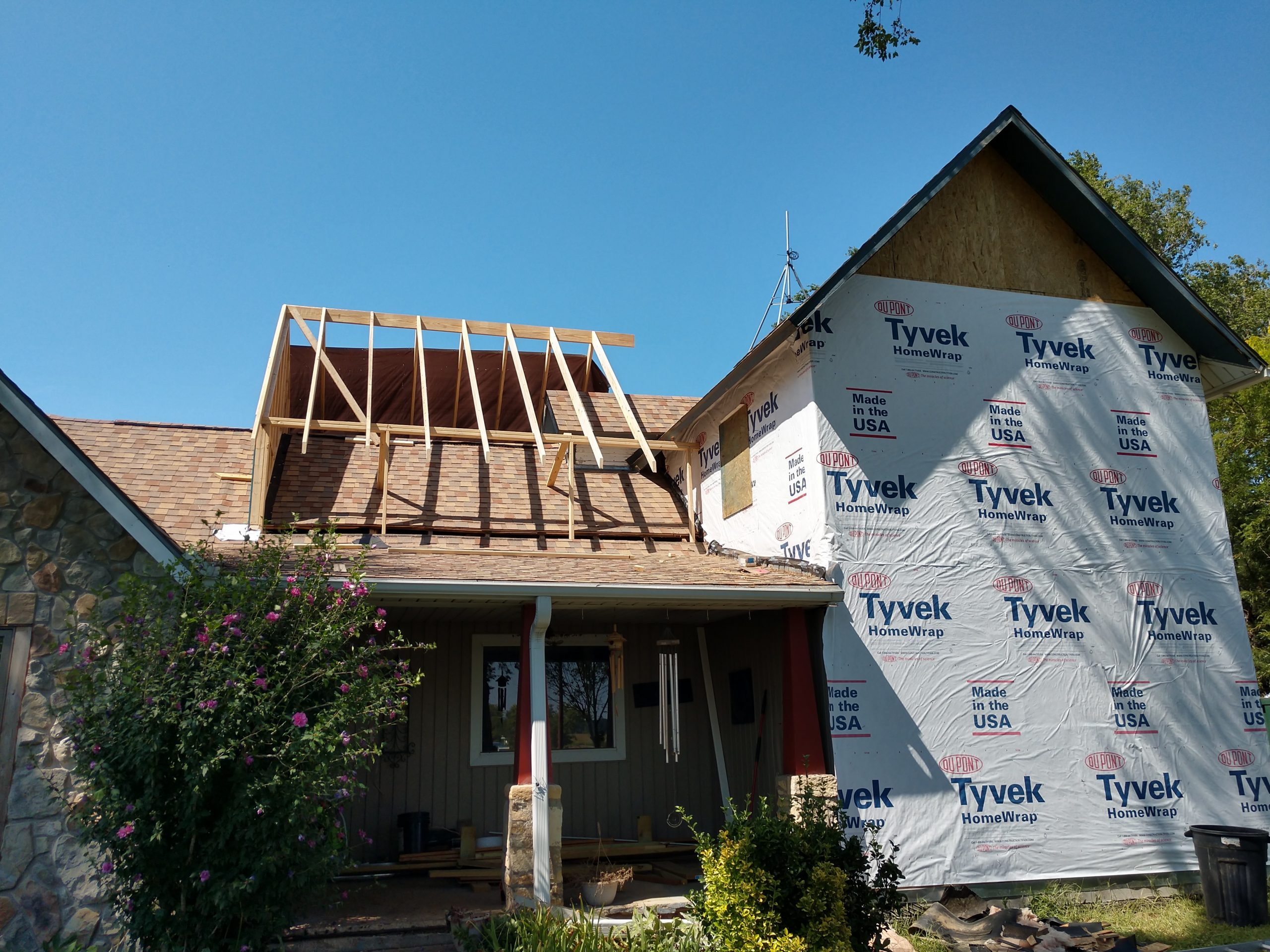 A Good Example of How to Hit A Moving Target 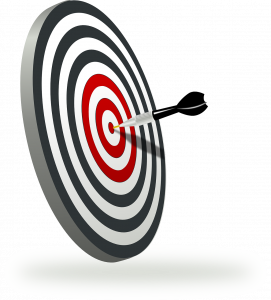 A few weeks ago, I wrote about the challenges of remodeling and how they pertained to the Lavallee project. I pointed out that these challenges start before construction and continue throughout the project. These moving targets are part of remodeling.

Hitting a moving target requires the ability to look ahead and visualize where it’s going.

One of the project goals was increased head room at the top of the stairs on the second floor. The top of the stairs ended in a low vaulted ceiling attic room with a small raised dormer for head room. This area was cramped and dark. It didn’t provide a very usable space. 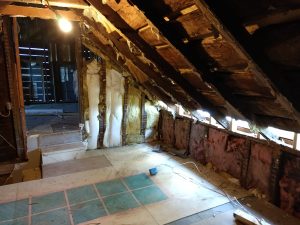 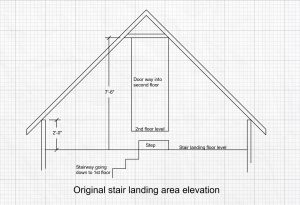 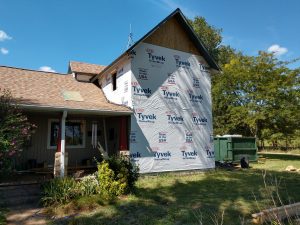 The increased head room was the initial focus. We also planned to remove a dividing wall doubling the square footage of the space. It was still going to have limited head room at the sides of the room but would provide the head room needed to access the second floor and would make a great play area for kids. 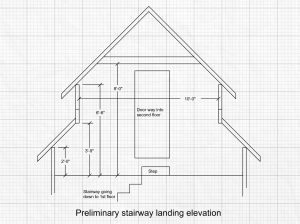 The original plan was to install some beams to allow for raising the center portion of the roof and ceiling. As the project progressed, we began seeing another option to gain more usable space by adding to the existing short walls. This option would open the area up more and make it more usable. It would also allow enough wall height for installing two 25” x 25” windows above the porch roof giving the area some great natural light. 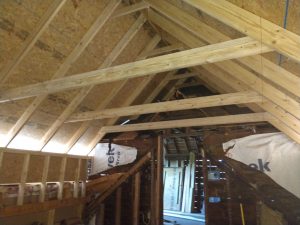 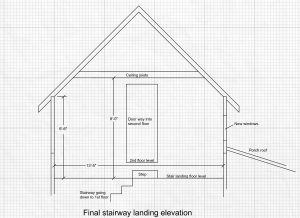 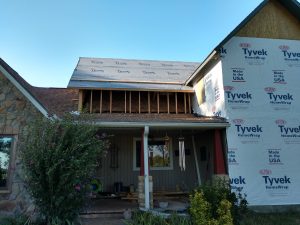 Once the walls were built level it was apparent the floor was not. It was decided to remove the floor from the stairway landing and level it up as well as eliminate the existing broken floor joists. When the original painted tongue and groove wood floor was uncovered it was determined that it should be salvaged and used. At this point we don’t know where yet, but we’ll find the right place.

After seeing the open framed ceiling with a few temporary ceiling joists, the customer asked about leaving it vaulted. After some discussion, we decided to leave it vaulted with a narrow flat ceiling near the ridge and install some beams rather than ceiling joists.

As you can see the targets keep moving and we have the stairway landing one in our sight.

The floor height in the stairway landing area was fifteen inches lower than the height of the second floor. To accommodate this height difference there was a step at the top of the stairway turned 90 degrees. This is not a good design and is not going to work. We are currently planning to cut a step back into the second floor rather than how it is currently. 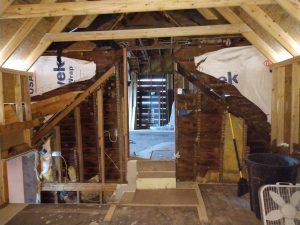 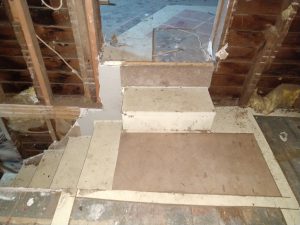 At our weekly production meeting with the customers earlier this week we discussed the stairway plans. As we talked there were some new and different options that began to surface.

I’ve been thinking about some ideas for this stairway since the meeting and have come up with different options. I think this target is on the move and we better get it in our sights. 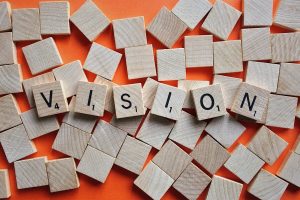 Check back later to see what direction the stairway goes and how it turns out.