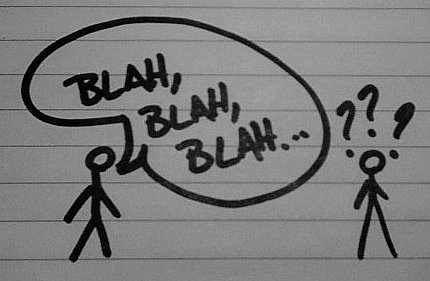 It’s much easier to say that we’re going to do something than it is to actually do it. I think most times the intention is sincere, but too often we’ve said yes to too many things. You know what they say…

The road to hell is paved with good intentions.

We often find ourselves on runaway trains, wondering how we got there. Know this…it’s nobody’s fault but our own. We made the choices that got us there. We can make choices that will change that.

It’s important to have realistic expectations. Just because I want to do something and say that I’m going to, doesn’t mean that’s possible.

You need to have clear expectations.

There was a fisherman in town that caught more fish than anyone else. Every time he went out, he would come back with a boat full of fish. No one could figure out how he did it. One day a man came up and asked him how he did it. The fisherman told him that he would take him fishing the next day.

Once they got to a secluded area of the lake the fisherman opened the tackle box and took out a stick of dynamite, lit it, and threw it in the water. After the explosion fish started floating to the top of the water. He took out a net and started gathering up the fish.

The other man reached into his pocket and took out his game warden badge and told him that this was illegal. The fisherman took out another stick of dynamite, lit it and handed it to the game warden and said, “Are you going to fish or talk?”

As funny as this story is, there are other options to blowing up the boat or fishing.

Too often we find ourselves holding a lit stick of dynamite not knowing what to do.

In 1 John 3:16-24 we’re told that Christ loved us so much that he sacrificed His life for us. His actions matched His words. He knew what the cost was going to be before He ever agreed to it.

We need to practice this kind of love when we make promises to others. We need to say what we mean and mean what we say. This isn’t easy, but needs to be done.

We need to be clear about what we say yes to.