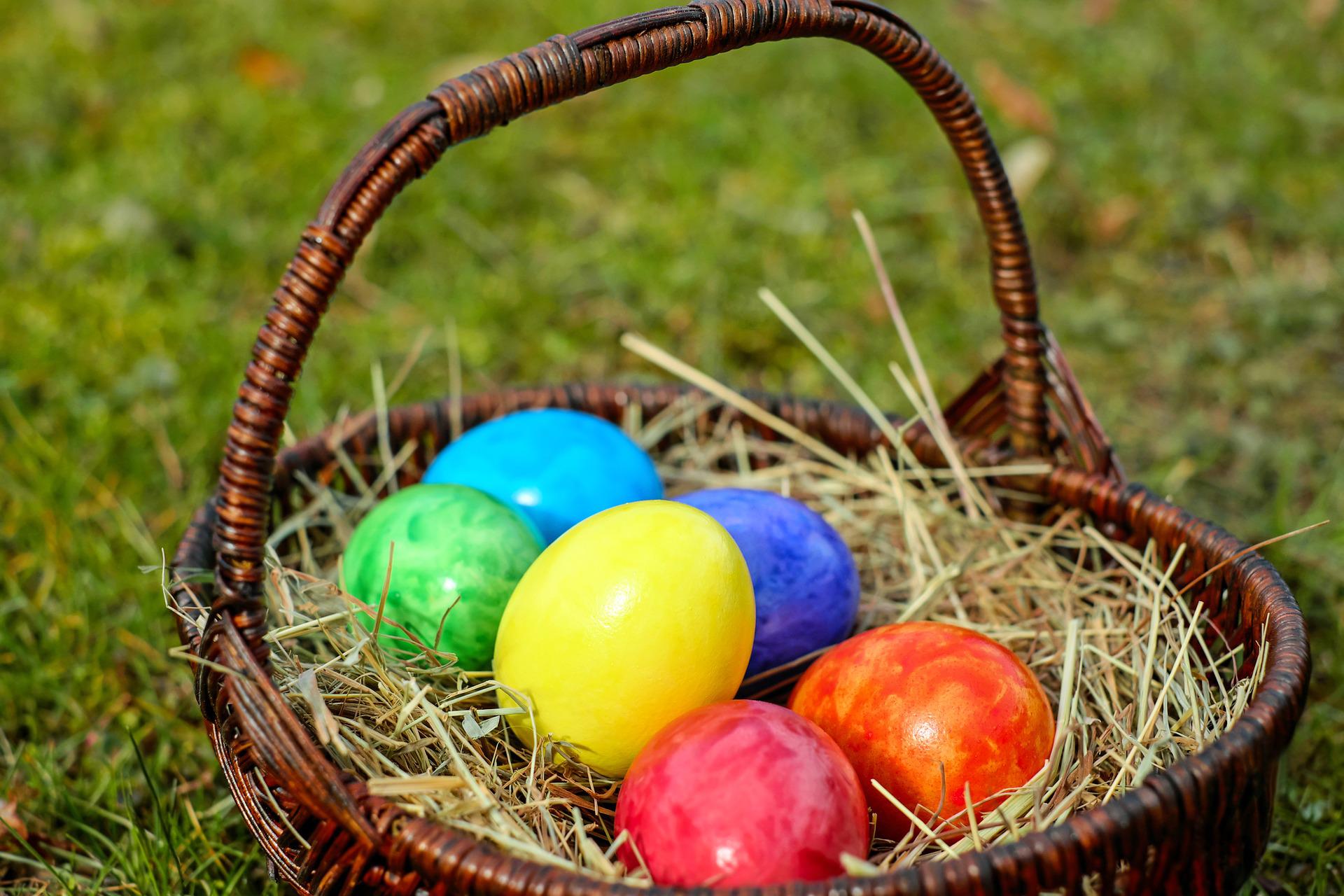 It’s About Being Given the Gift of Living Forever

The Bible makes no mention of a long-eared, short-tailed creature who delivers decorated eggs to well-behaved children on Easter Sunday; nevertheless, the Easter bunny has become a prominent symbol of Christianity’s most important holiday. The exact origins of this mythical mammal are unclear, but rabbits, known to be prolific procreators, are an ancient symbol of fertility and new life.

According to some sources, the Easter bunny first arrived in America in the 1700s with German immigrants who settled in Pennsylvania and transported their tradition of an egg-laying hare called “Osterhase” or “Oschter Haws.”

Their children made nests in which this creature could lay its colored eggs. Eventually, the custom spread across the U.S. and the fabled rabbit’s Easter morning deliveries expanded to include chocolate and other types of candy and gifts, while decorated baskets replaced nests.

I certainly like the chocolate part of this tradition. The important thing with any tradition is to not let it become the reason or purpose behind the celebration.

We need to remember what Easter is really about.

In Luke 24:1-12 the women went to the tomb. When they got there, they found the stone rolled away and no body. Jesus was gone. Suddenly there were two angels standing there. They told the women, “Why are you looking in a place of the dead for someone who is alive?”

The women went and told the eleven apostles and other followers what they found. “The apostles thought it was nonsense.”

These men had been living and working alongside of Jesus daily. He had told them that, “The Son of Man will be handed over to sinners who will nail Him to a cross. But three days later He will rise to life.” And they still didn’t believe.

Even though it may seem like nonsense, I look at it this way. I have a choice to believe or not. At the very least if there is an eternal life after this earthly one, I would rather spend it in heaven rather than hell.

A man was standing on the sidewalk looking in a display in a store window. Because it was Easter time the store had a crucifixion scene set up. As he was standing there a small boy walked up and said, “Those are Roman soldiers.” The man said nothing and continued studying the window. “There is Jesus.”, said the boy. Still no response from the man. “They killed Him.”, said the boy.

The man, having satisfied his curiosity, turned and began walking away. He heard footsteps behind him and a tug on his sleeve. It was the boy. “Mister, I forgot to tell you the most important part.

He is alive again.”

Remember, this is the most important part as you enjoy your Easter chocolate.