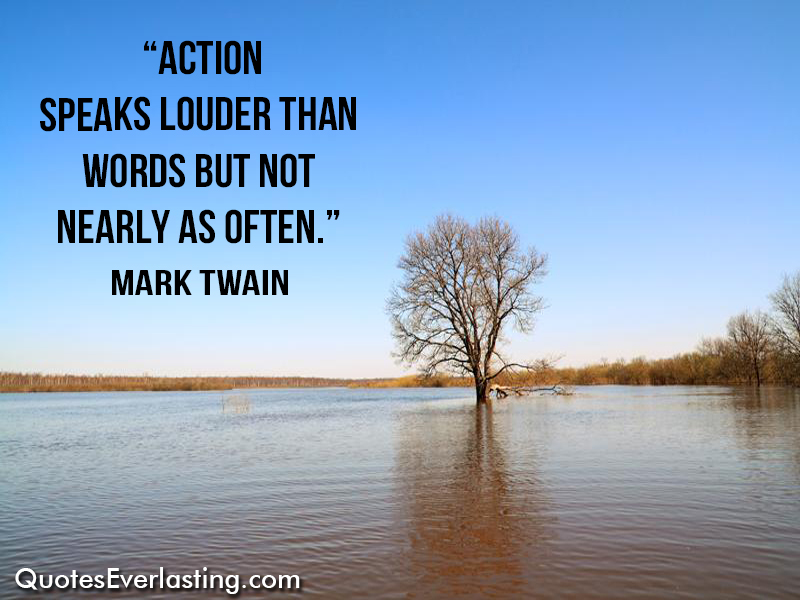 You’ve Heard It Said That Actions Speak Louder Than Words

Somewhere along the way this saying has begun to be less important than it used to. Too often things are said and then there’s no follow through.

I received a text message just this morning from a lady who shared a friend of hers Facebook post. The post was all about construction contractors and remodelers not calling back when they said they would and misleading customers. I’ve seen this happen way too many times.

This problem isn’t specific to the construction industry…it’s everywhere. Much of the time when we say something, we haven’t really thought through what it is that we’re saying. We have good intentions but haven’t taken into account the fifty other things we’ve told other people we’d do.

In Luke 3:15-17, 21-22, people were looking for the Messiah. They were beginning to think that John was the Messiah. He assured them that this was not the case.

As John is baptizing people, Jesus comes and is baptized. While He was praying the heavens opened up and the Holy Spirit came to Him. At the same time God said, “You are my Son, the one I love. I am pleased with You.”

This is the first time the people witnessed the Trinity. God the Father, Son and Holy Spirt. Three different forms of the same God. This was an action speaking louder than words.

Too often people are afraid of God. They feel that they have to be perfect first. This is completely backward. No one other than God is perfect.

Baptism is an outward expression of our words. It is an action that speaks loudly. This action doesn’t stop there. It doesn’t mean that once baptized we will never make mistakes. We have to constantly be working to do better.

We need help to do the things that we should. Just like when Jesus prayed Heaven opened up and He received the Holy Spirt, we can do the same thing. The Holy Spirit will help us to know the right actions we should take and help us to take them.

We have the power to do the right things with God’s help.

There’s a story of a machinist at Ford Motor Company in Detroit who over a period of years had, “borrowed” various parts and tools from the company which he had not bothered to return. While this practice was not condoned, it was more or less accepted by management and nothing was done about it.

The machinist, however, experience a Christian conversion. He was baptized and became a devout believer. More important, he took his baptism seriously. The very next morning, he arrived at work loaded down with tools and all the parts he had “borrowed” from the company during the years. He explained the situation to his foreman, added that he’d never really meant to steal them and hoped he’d be forgiven.

The foreman was so astonished and impressed by his action, that he cabled Mr. Ford himself, who was visiting a European plant, and explained the entire event in detail. Immediately Ford cabled back: “Dam up the Detroit River, “he said, “and baptize the entire city!”

We can only hope that every Christian takes his or her baptism that seriously.

This is an example of actions speaking loudly!