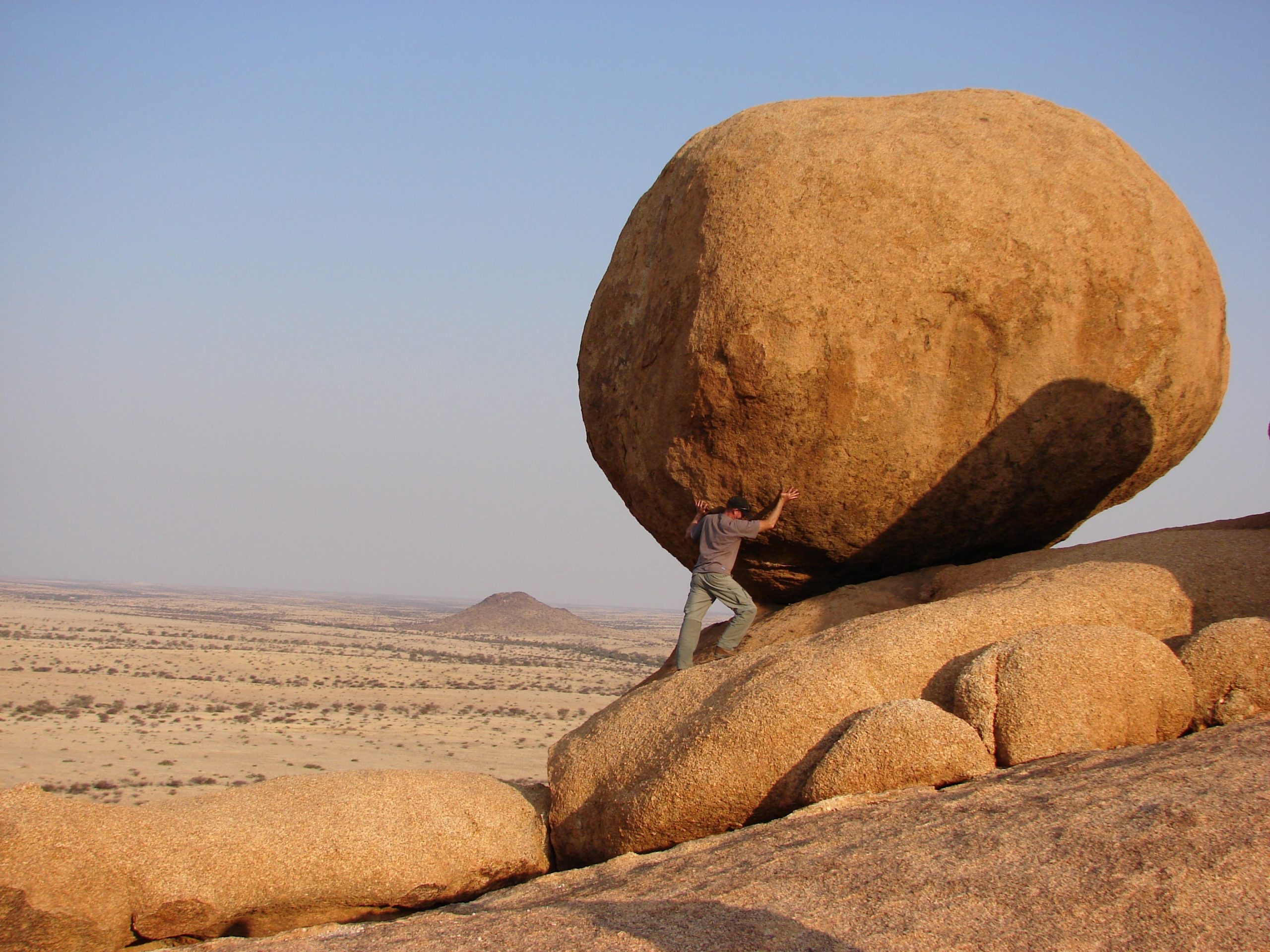 What Should I do First?

This past week as I was writing in my journal, I was considering what the day’s priorities were. What were the most important things to focus on today, if I’m going to achieve my goals? As I thought I wrote…

What are the big rocks that I need to put in the jar first?

I read about this time/priority analogy several years ago in Steven Covey’s book, Seven Habits of Highly Effective People. I hadn’t thought about this for some time and I don’t know why I thought of it then. I assume it’s due to the recent attention being giving to accomplishing my goals for the coming year.

Here’s how this story goes:

One day this expert was speaking to a group of business students and, to drive home a point, used an illustration I’m sure those students will never forget. After I share it with you, you’ll never forget it either.

As this man stood in front of the group of high-powered over-achievers he said, “Okay, time for a quiz.” Then he pulled out a one-gallon, wide-mouthed mason jar and set it on a table in front of him. Then he produced about a dozen fist-sized rocks and carefully placed them, one at a time, into the jar.

When the jar was filled to the top and no more rocks would fit inside, he asked, “Is this jar full?” Everyone in the class said, “Yes.” Then he said, “Really?” He reached under the table and pulled out a bucket of gravel. Then he dumped some gravel in and shook the jar causing pieces of gravel to work themselves down into the spaces between the big rocks.

Then he smiled and asked the group once more, “Is the jar full?” By this time the class was onto him. “Probably not,” one of them answered. “Good!” he replied. And he reached under the table and brought out a bucket of sand. He started dumping the sand in and it went into all the spaces left between the rocks and the gravel. Once more he asked the question, “Is this jar full?”

“No!” the class shouted. Once again he said, “Good!” Then he grabbed a pitcher of water and began to pour it in until the jar was filled to the brim. Then he looked up at the class and asked, “What is the point of this illustration?”

One eager beaver raised his hand and said, “The point is, no matter how full your schedule is, if you try really hard, you can always fit some more things into it!”

“No,” the speaker replied, “that’s not the point. The truth this illustration teaches us is:

If you don’t put the big rocks in first, you’ll never get them in at all.”

I love this big rock example of prioritizing our actions. Too often we approach time as though there’s no limit. My time management budget certainly makes it clear that this is not the case. (currently I’m over my time limit for the year, by 746 hours)

As I study this time management spreadsheet it gives me a much clearer picture of where my time is getting spent and a way to determine what rocks should be put in first and what ones should be left out. There are so many great things to choose from but if I’m going to be the most productive, I need focused intensity on the big rocks that help me to achieve my goals.

What are the big rocks in your life?

Growing in your faith? Spending more time with your family? Serving your customers better? Paying off debt? Taking better care of yourself physically and mentally? Helping with community projects?

Here are three short video examples of how putting the big rocks in first matters. The first explains this perspective well.

Put the Big Rocks in First

Time Management & the Jar of Life