This Is A Question as Old as Time Itself 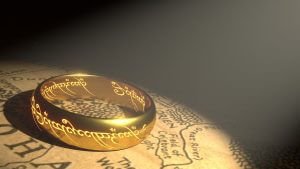 The Ring of Gyges is a mythical magic artifact mentioned by Plato in Book 2 of his Republic. It grants its owner the power to become invisible at will.

In recounting of the myth, an unnamed ancestor of Gyges was a shepherd in the service of the ruler of Lydia. After an earthquake, a cave was revealed in a mountainside where he was feeding his flock. Entering the cave, he discovered that it was in fact a tomb with a bronze horse containing a corpse larger than that of a man, who wore a golden ring, which he pocketed. Later he discovered that the ring gave him the power to become invisible by adjusting it. He then arranged to be chosen as one of the messengers who reported to the king as to the status of the flocks. Arriving at the palace, he used his new power of invisibility to seduce the queen, and with her help he murdered the king, and became king of Lydia himself.

Through the story of the ring, Republic considers whether a person would do right or wrong if there was no fear of being caught or punished.

How would you act if there was no fear of being caught? 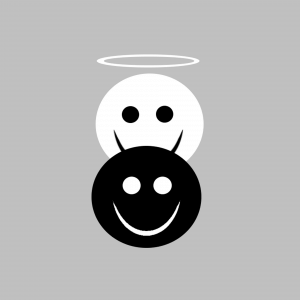 Whether a Christian or not I believe that we naturally are born with a sense of what is right and wrong. Last week I wrote about different things done in the light and dark. I think this is evidence that we are born with an internal compass for right.

This doesn’t mean that we aren’t constantly fighting against evil that is trying to pull us off course.

In Matthew 3:2, John says, “Turn to God and change the way you think and act, because the kingdom of heaven is near.” As Christian’s we believe this right and wrong comes from God and the pull of the fallen comes from Satan. 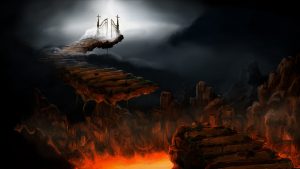 Doing right or wrong is a choice and if there is a Hell you have much more to lose if you choose wrong.