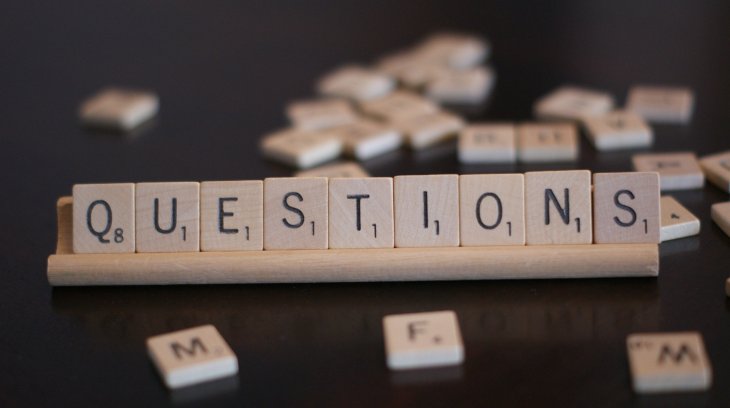 Parents get so tired of this non-stop asking they find ways to subdue these questions. Ultimately this squelches the appetite for learning. Then at some point we just quit asking.

This suppression of questions has led to a society of yes people. Too often things are just taken as face value and left at that.

In Mark 8:27-38, Jesus asks His followers, “Who do People say I am?” This is just one of hundreds of questions that Jesus asked. There were several different answers. Some said John the Baptist, others said Elijah, some said one of the prophets.

The people had preconceived answers based on what they were told rather than reality. These conclusions without questions led many people to miss the answer to eternal life. A lack of questions left them lost. It does the same thing to us.

Peter answered Jesus, “You are the Messiah.” Jesus goes on to tell them of the suffering that He would go through. The fact that the Jewish leaders would not accept Him and ultimately put Him to death and come back after three days.

This didn’t match Peter’s preconceived answer that Jesus was going to rule like a king, and he called Jesus out. In turn Jesus tells Peter, “Get away from me Satan.”

How often do we answer questions right, but come to the wrong conclusion?

We want “easy” and asking questions isn’t easy. It can lead to answers that are difficult. There is “true” and then there is the “truth”. These aren’t always the same.

Like a kid, at some point it seems easier to just stop asking questions and go along with what you’re told. This isn’t how we were made. This is why as kids we ask why…why…why…why… As adults we need to be asking more questions.