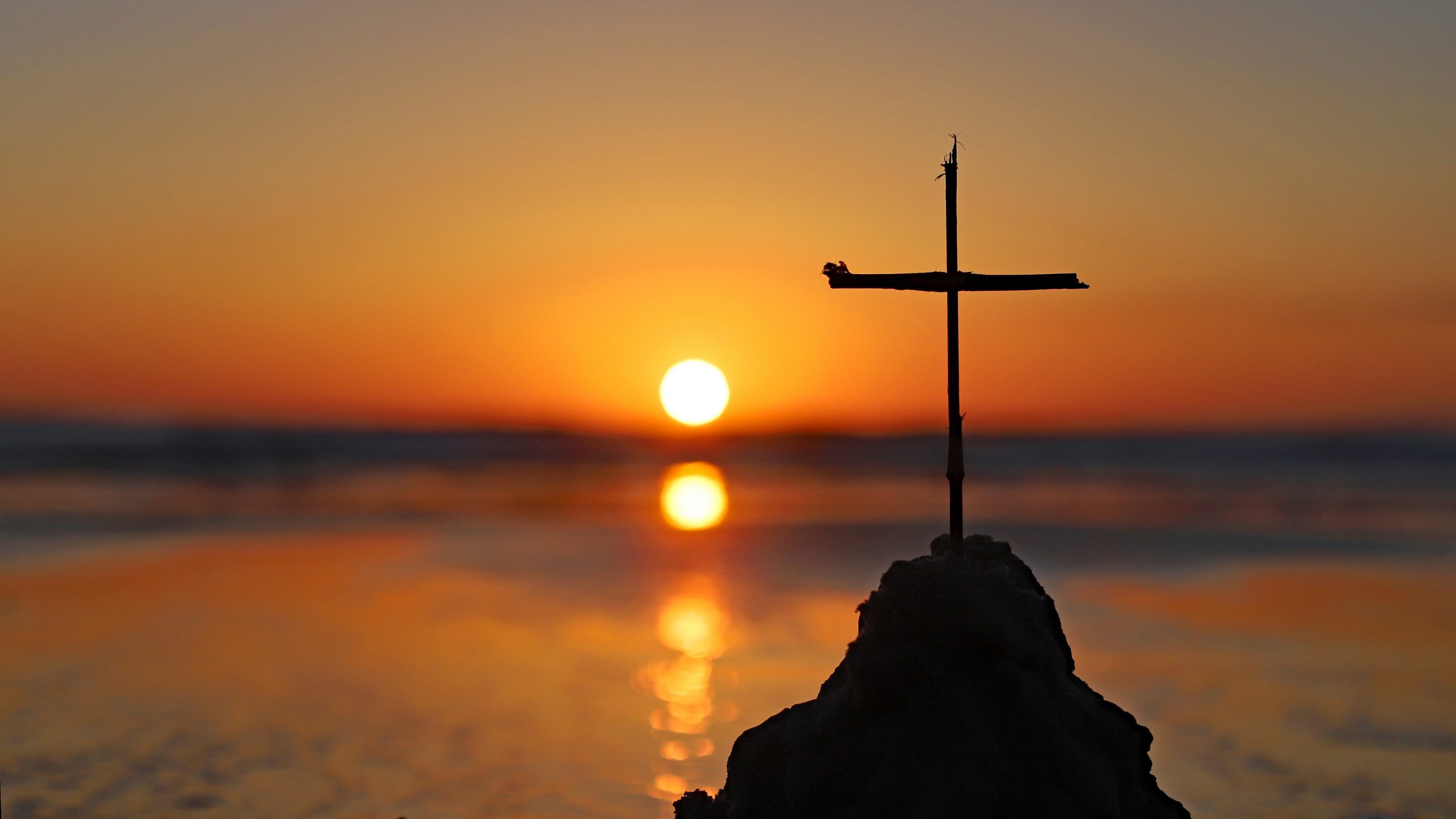 Jesus has Risen, He has Risen Indeed

This past Sunday was a celebration.

It was a celebration because more people are continuing to gather together. We had a large turn out for the Sunrise Service and the largest group at the regular morning service in a while.

It was celebrating Christ’s resurrection from death.

That first Easter started with a lot of sadness. Jesus’s followers had had a rough few days with all that they had gone through. They were feeling lost and alone with no hope…BUT SUNDAY’S COMING.

When in a meeting last Friday, a friend said something that I hadn’t heard for a while, “It’s Friday, but Sunday’s coming.” It reminded me of a message I had heard from Tony Compolo in which he referred to a sermon by Baptist pastor S. M. Lockridge.

This message reminds us of the crying at the tomb, the giving up of Jesus’ followers. We can’t appreciate the Easter message if we can’t see the risen Jesus.

Easter was not born in the light of the day, it was born in the darkness of the night, we all have periods of darkness, the light comes again in the rising of the Son, our greatest strength is in hope

It’s Friday. Jesus is arrested in the garden where He was praying. But Sunday’s coming.

It’s Friday. The disciples are hiding and Peter’s denying that he knows the Lord. But Sunday’s coming.

It’s Friday. Jesus is standing before the high priest of Israel, silent as a lamb before the slaughter. But Sunday’s coming.

It’s Friday. Jesus is beaten, mocked, and spit upon. But Sunday’s coming.

It’s Friday. Those Roman soldiers are flogging our Lord with a leather scourge that has bits of bones and glass and metal, tearing at his flesh. But Sunday’s coming.

It’s Friday. The Son of man stands firm as they press the crown of thorns down into his brow. But Sunday’s coming.

It’s Friday. See Him walking to Calvary, the blood dripping from His body. See the cross crashing down on His back as He stumbles beneath the load. It’s Friday; but Sunday’s a coming.

It’s Friday. See those Roman soldiers driving the nails into the feet and hands of my Lord. Hear my Jesus cry, “Father, forgive them.”

It’s Friday. Jesus is hanging on the cross, bloody and dying. But Sunday’s coming.

It’s Friday. The sky grows dark, the earth begins to tremble, and He who knew no sin became sin for us. Holy God who will not abide with sin pours out His wrath on that perfect sacrificial lamb who cries out, “My God, My God. Why hast thou forsaken me?” What a horrible cry. But Sunday’s coming.

It’s Friday. And at the moment of Jesus’ death, the veil of the Temple that separates sinful man from Holy God was torn from the top to the bottom because Sunday’s coming.

It’s Friday. Jesus is hanging on the cross, heaven is weeping and hell is partying. But that’s because it’s Friday, and they don’t know it, but Sunday’s a coming.

And on that horrible day 2000 years ago, Jesus the Christ, the Lord of glory, the only begotten Son of God, the only perfect man died on the cross of Calvary. Satan thought that he had won the victory. Surely he had destroyed the Son of God. Finally he had disproved the prophecy God had uttered in the Garden and the one who was to crush his head had been destroyed. But that was Friday.

Now it’s Sunday. And just about dawn on that first day of the week, there was a great earthquake. But that wasn’t the only thing that was shaking because now it’s Sunday.

And the angel of the Lord is coming down out of heaven and rolling the stone away from the door of the tomb.

Yes, it’s Sunday, and the angel of the Lord is sitting on that stone and the guards posted at the tomb to keep the body from disappearing were shaking in their boots because it’s Sunday, and the lamb that was silent before the slaughter is now the resurrected lion from the tribe of Judah, for He is not here, the angel says. He is risen indeed.

It’s Sunday, and the crucified and resurrected Christ has defeated death, hell, sin and the grave. It’s Sunday. And now everything has changed. It’s the age of grace, God’s grace poured out on all who would look to that crucified lamb of Calvary. Grace freely given to all who would believe that Jesus Christ died on the cross of Calvary was buried and rose again. All because it’s Sunday.