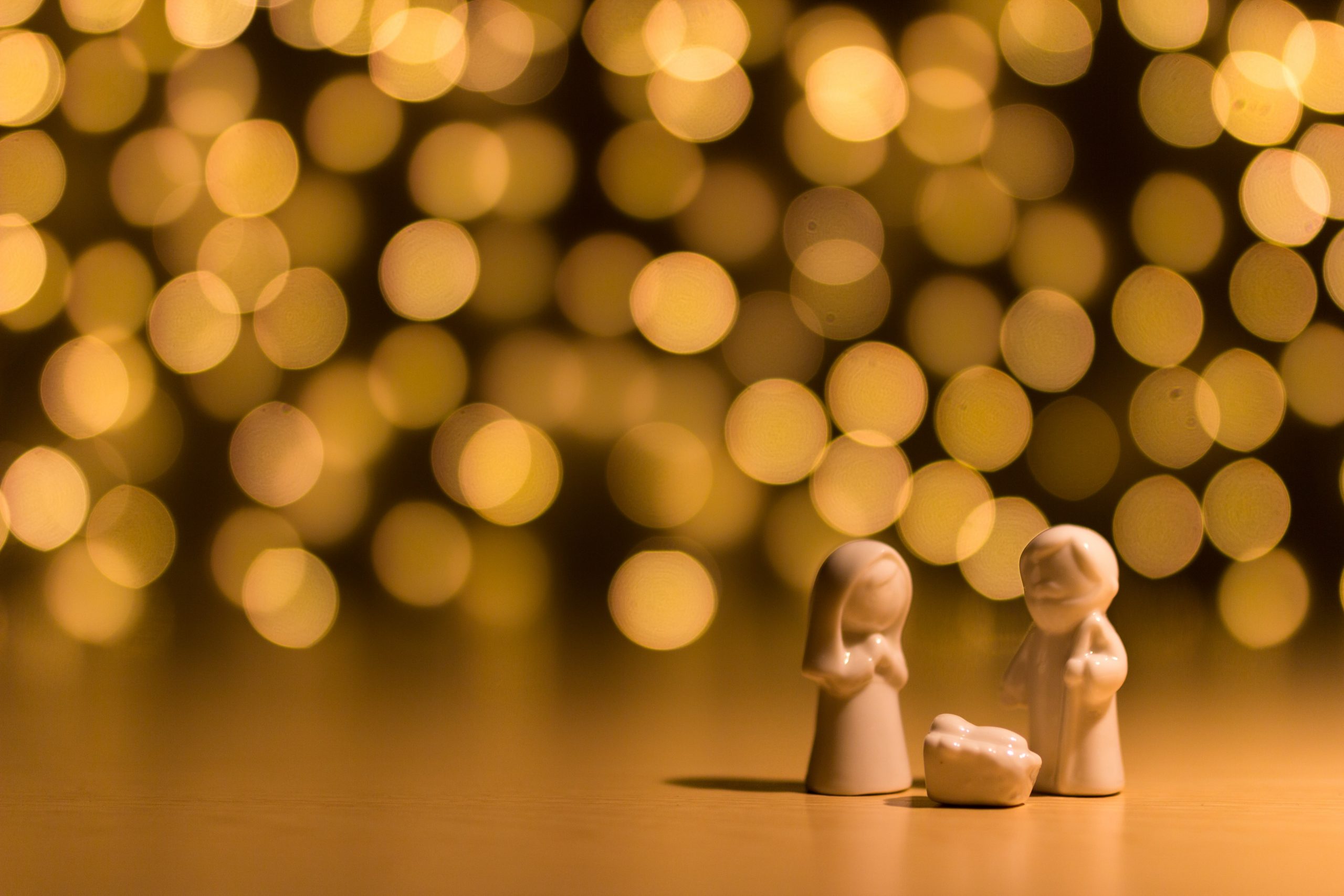 When we think God…we think big. He is God after all. The Creator of the universe in all its vastness. In a few days we celebrate His coming into the world. What’s amazing is that He didn’t come big, He came small. He came born a baby to a couple of scared teenagers.

You want to talk about an overwhelming mission…just think about what that was like.

God could have come as a conquering warrior, a charismatic king or a commanding emperor. Instead, he came as a helpless baby, dependent on Mary and Joseph to feed and clothe him.

He loves us enough to be born into our lives. It’s like the butterfly effect. The small things we do have a big impact…either for good or bad.

It’s up to us to decide what kind of impact we’ll have.

2. God is working through the difficult circumstances –

Jesus was born in a difficult time. Throughout the Bible, God doesn’t choose the easy path and it’s no different today.

You know there were scandalous rumors about Mary being pregnant and her not being married. When Jesus was born Harrod was a ruthless king willing to kill infant boys to keep his throne.

God’s light shines brightest when it’s the darkest. God’s power is greatest when we’re at our weakest. God’s grace shows up in the times when we least expect it.

3. God is working in everyone who opens their heart –

In Luke 1: 39-45, we see Mary’s open heart in her conversation with Elizabeth.

The actor Richard Crenna grew up in downtown LA living in a family run hotel. Many of the people who stayed there were unhappy and less desirable types. Young Richard would make fun of them to his friends.

After landing an acting job in New York as a young man, he was going to be leaving shortly after Christmas.

Growing up his family wasn’t big on celebrating Christmas, but this time was different. His parents had a Christmas celebration at the hotel with these “less desirable people”. These people celebrated Richard’s opportunity and gave him gifts and shared a meal.

On the train to New York someone asked him how his Christmas was. He replied, “It was my best Christmas ever. I spent it with children of the Most High, my family.”

This event showed Crenna the importance of an open heart and lead to his becoming part of God’s family.

Everyone is invited to be part of God’s family…we just have to open our hearts.

It’s amazing how much of an effect the little things can make, if we’ll just open our eyes and our hearts.

The Francesca Battistelli song Be Born in Me, sums up this whole amazing big/little Christmas gift thing really well. Listen to the song here.

Open your heart to the Joy of Christmas!