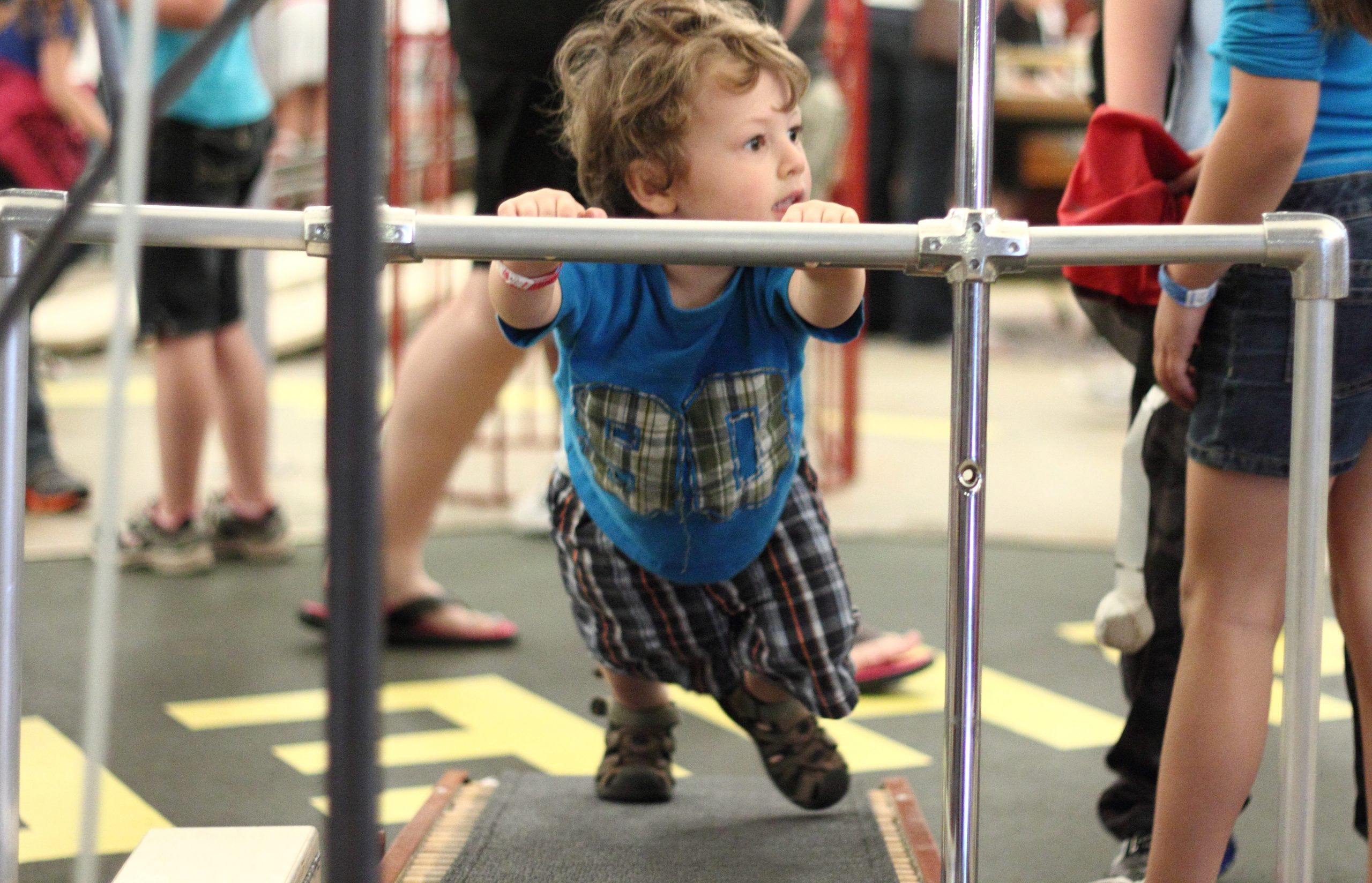 Did you know that treadmills were designed for punishment? This explains a lot.

In 1818 an English engineer named Sir William Cubitt, who was the son of a miller. Noting idle prisoners at Bury St Edmunds, he proposed using their muscle power to both cure their idleness and produce useful work.

Cubitt’s treadmills for punishment usually rotated around a horizontal axis, requiring the user to step upwards, like walking up an endless staircase. Those punished walked around the outside of the wheel holding a horizontal handrail for stability.

Punishment treadmills remained in use until the second half of the 19th century; they were typically paddle wheels with twenty-four steps around a six-foot cylinder. Several prisoners stood side-by-side on a wheel, and had to work six or more hours a day, effectively climbing 5,000 to 14,000 vertical feet. While the purpose was mainly punitive, the most infamous mill at Brixton Prison was installed in 1821 and used to grind grain to supplement an existing windmill which Cubitt had previously installed nearby.

This continuous repetitive act of walking and walking and never getting anywhere does sound like a little torturous.

Many people feel like their lives are a treadmill.

We’ve all felt this feeling of being tired of the routine of life. There is a German word for this. Lebensmüde is a compound noun made up of the words Leben (life) and müde (tired). It therefore translates to ‘life tired’. This is not how we are to be living our lives.

We all have a purpose and when we live life ignoring it we find ourselves slugging along unaware or ignoring our surroundings. The longer we walk back and forth without a destination the deeper the rut gets. When it gets deep enough, we can’t see out. It’s been said that “A rut is a grave with both ends kicked out.” It’s up to us to not get stuck in a rut.

Something is wrong when ‘life-tired’ becomes the norm.

We all have a purpose. Something that we were meant to do. If you don’t know what it is, you need to check with God. Find out what He wants you to do and then stop walking around in circles and move toward it.

Knowing our purpose is not some form of magic. It’s a direction to a destination. It’s up to us to find it and start walking.