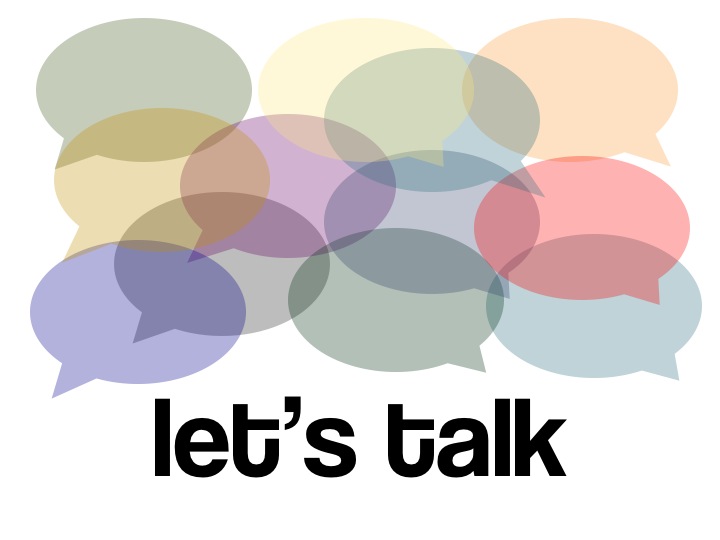 For those of you who know me or know somebody that knows me. You know that I talk a little…okay…maybe I talk a lot.

When I was in grade school my Mom went to a parent/teacher conference. The teacher asked my Mom if I was required to be quit at home. My mother said no and asked why. The teacher replied that she thought that maybe I wasn’t allowed to talk at home and that was why I talked so much at school. I have realized over the years that this is a part of who I am. That doesn’t mean that I’m not continually working to rein in my talking. I also realize that this a part of how God made me and realize the benefits as well.

Being able to communicate well is key to good relationships. Communication is not just what we say, write, draw or even an expression or gesture we use. Communication is also what we hear or see. Our receiving may be the most critical part of good communication. Quite often we forget that we need to listen to what our customers want or to hear the different idea that a team member has. We need to remember that communication is a two way process. I think this may be why God gave us two ears, two eyes and only one mouth. He knew that the receiving part was going to be twice as hard as the giving part. If we don’t communicate well how can we expect to have fulfilling and productive relationships?

We all perceive things differently. Different things mean different things to different people. Several years ago we were in the early stages of building a new home. I was in a partnership at the time and each of us had different roles in the company. Quite often when putting figures together early in the process it is difficult to know specifics. We had included a 50’ allowance for running the electrical entrance from the pole to the house. As we were laying out for the house location on the property the customer pointed out that it was going to be 150’ from the electric pole to the house. He asked if that WAS GOING TO BE A PROBLEM. My partner responded. NO, IT WASN’T GOING TO BE A PROBLEM. The construction continued and everything was fine…until the final billing. When we gave the customer the final bill with the additional cost for the extra 100’ he was angry. As we worked through this, it was pretty clear what had happened. When the customer asked the question what he really asked was. IS IT GOING TO COST MORE? When my partner responded what he was really saying is PHYSICALLY IT CAN BE DONE. Being clear when we communicate is hard, but important.

If we say something once then saying it 10 times is better. Saying things enough without saying them too many times is a difficult balance. I would prefer to over communicate rather than not communicate enough. This certainly makes the process take longer, but can minimize if not eliminate misunderstandings later. This is the main reason that I have developed the system and documents that I use in my business. It comes from years of trials and errors. Is it perfect? No. It is, however, closer to where I want to be than I was 30 years ago. Is this system right for every business or every customer? No. Some people just want that much detail. Either way, if there is going to be a misunderstanding I don’t want it to be because of something that I didn’t communicate.